Jewelers Love to Work With Beautiful Diamonds, Scientists Prefer Ugly Ones: Here's Why

A gem-quality, flawless diamond is made from pure lattices of carbon. This elemental purity contributes to a diamond's unrivaled brilliance when set in fine jewelry, but offers little information about its age or origin. 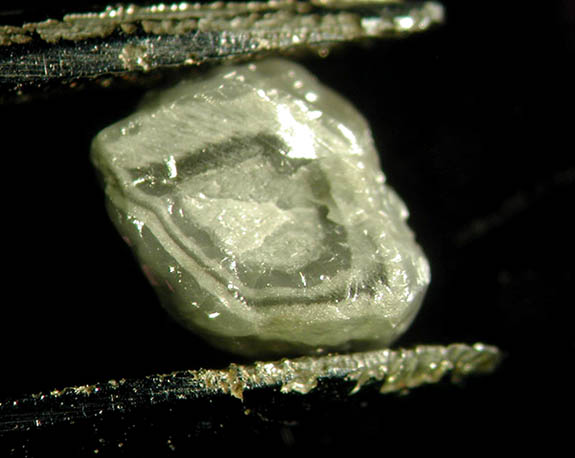 Imperfect diamonds, on the other hand, can harbor tiny pockets of complex fluids that reveal the history of how they evolved. So, when Yaakov Weiss, an adjunct scientist at Columbia University's Lamont-Doherty Earth Observatory, needed 10 diamonds to study, he asked De Beers for some sad-looking specimens. The uglier, the better.

"We like the ones that no one else really wants," said Weiss.

Specifically, he was looking for fibrous, dirty-looking specimens containing solid or liquid impurities that disqualify them as jewelry, but provide a trove of valuable chemical information for scientists.

By studying the ugly diamonds, Weiss and his team have devised a way to solve two longstanding puzzles: the ages of individual fluid-bearing diamonds, and the chemistry of their parent material.

"It opens a window, well, let's say, even a door, to some of the really big questions" about the evolution of the deep earth and the continents, said Weiss, the lead author of the study and senior lecturer at the Hebrew University of Jerusalem. "This is the first time we can get reliable ages for these fluids."

The findings were recently published in the journal Nature Communications.

It is generally believed that most diamonds form 150 to 200 kilometers (93 to 124 miles) under the surface and are carried upwards by powerful volcanic eruptions called kimberlites.

Until now, most researchers have tried to determine the age of diamonds by concentrating on solid inclusions, such as tiny bits of garnet. But using solid inclusions as an indicator of age can be inaccurate because the inclusions may or may not have formed at the same time as the diamond itself.

Encapsulated fluids, on the other hand, are the "real thing," according to the study — the stuff from which the diamond itself formed.

Weiss and his colleagues found a way to date the fluids by measuring traces of radioactive thorium and uranium, and their ratios to helium-4, a rare isotope that results from their decay.

Based on this method, the team identified three distinct periods of diamond formation in South Africa, where all 10 specimens originated.

The team believes that the oldest specimens took form between 2.6 billion and 700 million years ago. Fluid inclusions from that time show a distinct composition extremely rich in carbonate minerals.

The next diamond-formation phase spanned a timeframe of 550 million to 300 million years ago. The liquid in these inclusions was high in silica minerals.

The most recent known phase took place between 130 million years and 85 million years ago, according to the researchers. The fluid composition in these specimens was high in saline compounds containing sodium and potassium.

This suggests that the carbon from which these diamonds formed did not come directly from the deep earth, but rather from an ocean floor that was dragged under a continental mass by subduction.

The scientists highlighted another intriguing find: At least one diamond encapsulated fluid from both the oldest and youngest eras. This shows that new layers can be added to old crystals, allowing individual diamonds to evolve over vast periods of time.

Weiss noted that his team's methods could be applied to specimens unearthed in other diamond-producing areas of the world, including Australia, Brazil, Canada and Russia. He said that the goal is to disentangle the deep histories of those regions and develop new insights into how continents evolve.