With Tokyo Games in Jeopardy, Medal Design, Recycling Efforts May Have Been in Vain

With the fate of the rescheduled Tokyo Summer Olympic Games in serious jeopardy due to a surge of coronavirus cases in Japan, there's a very real possibility that all the work that went into designing the medals and procuring the recycled precious metal to create them may have been in vain. 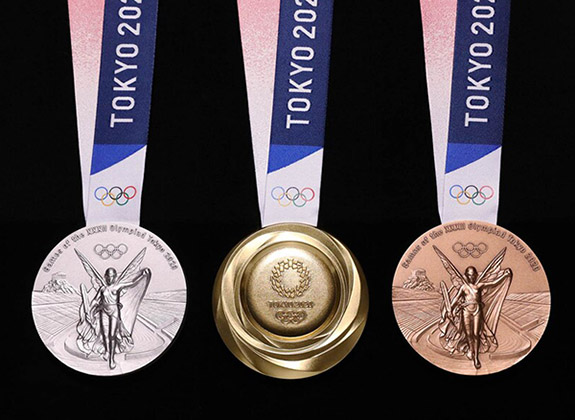 The 2020 Summer Olympics were originally slated to begin on July 24, 2020, but those plans were scrapped due to the worldwide pandemic. The organizers reset the opening ceremonies for July 23, 2021, anticipating that COVID-19 infection rates would be low enough a year later to allow for large gatherings. It was the first time in history that the Games had been postponed.

But the risks have only gotten worse. Earlier this month, a new state of emergency was declared in several areas in Japan, including the Olympic and Paralympic host city of Tokyo. A recent survey of Japanese citizens showed that 77% believe the Games should be cancelled or postponed.

The Games came with a price tag of $12.35 billion, but beyond the possible loss in revenue are the squandered efforts related to the precious medals that would have been awarded to the 5,000 Olympic competitors.

In 2017, the Tokyo 2020 Medal Project was established to encourage Japanese citizens to donate their used mobile phones, digital cameras, laptops and games units so they could be harvested for the small amounts of precious metals they contained. The goals was to produce the first Olympic medals fabricated 100% from recycled material.

Despite being a country with virtually no precious metal mining, Japan’s discarded small consumer electronics is believed to contain the equivalent of 16% of the world’s gold reserves and 22% of the world’s silver reserves.

If the Games are cancelled, the beautifully designed medals by Junichi Kawanishi may not see the light of day. 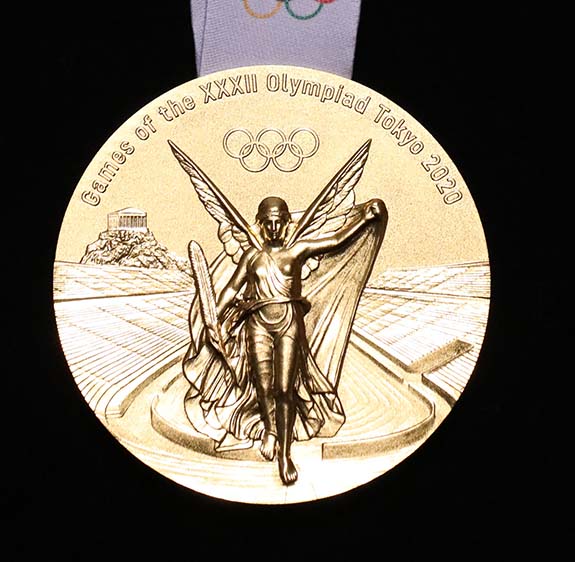 The front of the 2020 medal depicts Nike, the mythical Greek goddess of victory, standing in front of the Panathinaikos Stadium. The back features a raised, pebble-like center, reflective Olympic rings, and a checkered Tokyo 2020 “ichimatsu moyo” emblem inside a swirl design. Kawanishi designed the medals to resemble rough stones that have been newly polished, and now “shine with light and brilliance.” 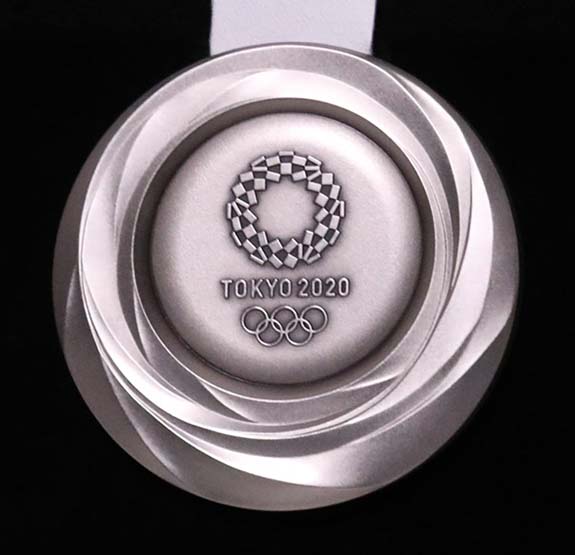 Olympic gold medals, in general, are made mostly of silver, containing just six grams of pure gold. The silver medals are pure silver. The bronze medals are made from gunmetal, a corrosion-resistant form of bronze that contains zinc. Olympic gold medals were once made of solid gold, with the last ones awarded in Stockholm, Sweden, back in 1912.